Difference Between Bagru and Sanganer Prints

The colourful state of Rajasthan is known for its rich heritage, vibrant lifestyle and beautiful art forms. The garment industry in this region is especially popular for its innovative printing techniques. And two of the most common printing styles in Rajasthan are the Bagru and Sanganer printing. While both styles of printing originate from Rajput, the princely state in Rajasthan, the specific local regions lend their own unique touch to each style. 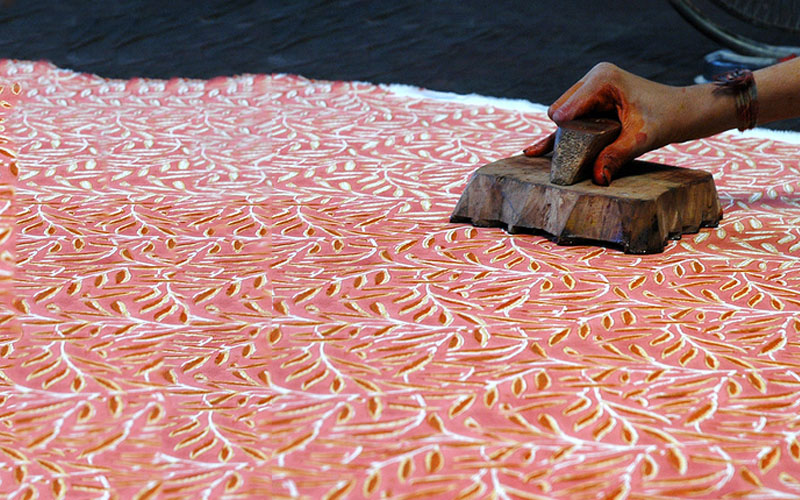 The Sanganer block-print textiles gained popularity between the 16th and 17th century with the East India Company exporting them in large quantities to Europe. At present, Sanganer has more than 150 printing units employing over 20,000 workers.

Sanganer block prints are primarily done on an off-white or pure white background with the use of wooden blocks or screen printers. You will find vibrant floral patterns and geometric designs imprinted on the fabrics. One of the most noticeable characteristics of Sanganer prints is their intricate detailing. Customers are often seen admiring the finesse in the designs of delicate flower curves and petals. The borders of the fabric also showcase a variety of different floral patterns in stylish designs. 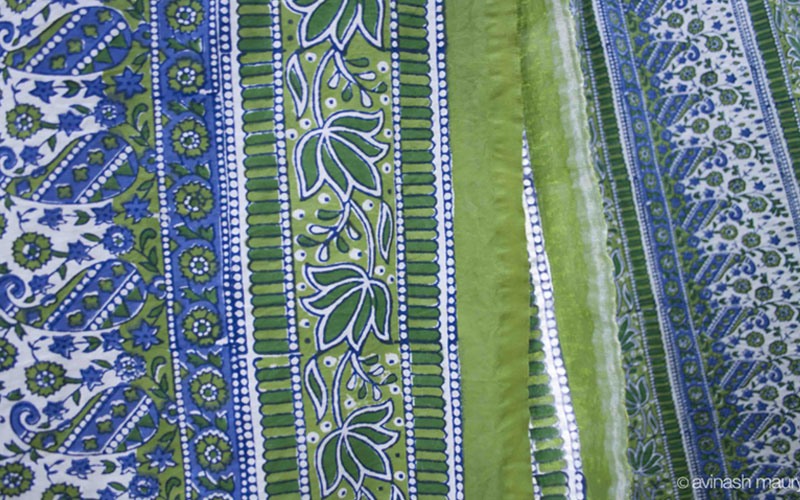 Both chemical and vegetable dyes may be used by the local Rajasthani artists to create beautiful Sanganeri prints. They typically employ a technique called ‘calico printing’ for Sanganeri block prints. This involves printing of the outlines followed by the filling in of colours. Local craftsmen then repeat these designs in diagonal sections. Another famous style of block printing in Sanganer is “doo-rookhi”, in which the fabric is printed on either side. 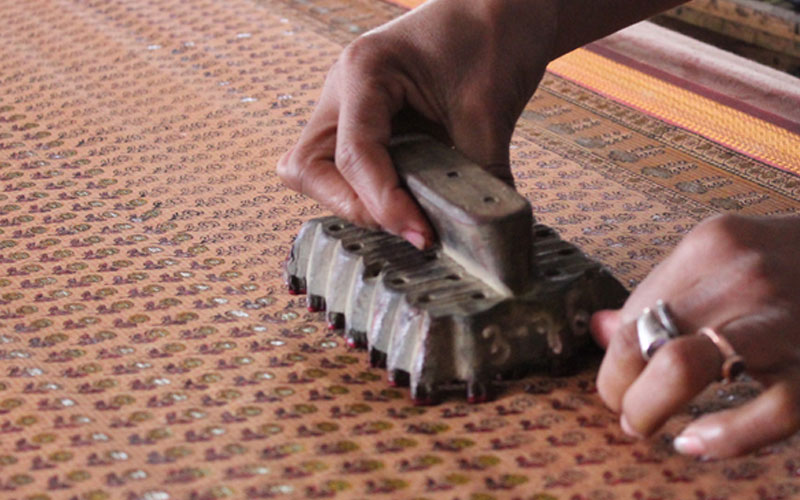 Bagru printing is a traditional printing technique that is done using natural colours. It is a craft practiced by the ‘chippas’ community in a remote town of Rajasthan.

Bagru printing is generally done on a blue or indigo background. This region is popular for two kinds of prints: Dabru prints and seyali-bagru prints. The seyali-bagru printed fabrics are known for their characteristic black and yellow ochre/cream colour combinations. Dabru prints, on the other hand, are created using a special resist technique (hiding the print from dye).

The patterns and motifs predominant in traditional Bagru prints were geometrical (circular) but were combined with bird, animal and floral forms to create beautiful designs.

Summary of Key Differences between Sanganer and Bagru Prints You might be surprised to know that water has a significant impact on the results produced by both printing techniques. For instance, the use of water in Sanganeri prints causes darker tone effects to appear on the fabric. In contrast to this, water brings out a reddish tone in the block prints in Bagru printing. There is a regional history behind why water use was different in both styles of printing. Bagru opted for indigo and Dabu resisted work due to a scarcity of water. In Sanganer, water was available in large amounts for both washing and printing.